BritConnect presents an innovative method to increase plastic bottle recycling rates by empowering people who are on-the-go. BritConnect utilizes pre-established transportation networks, such as bus stops and train stations, as recycling points conveniently located where users are already traveling. By gamifying the experience through a mobile app, BritPoints can be obtained when recycling and redeemed for different rewards.

Plastic waste pollution from consumer-packaged goods is an increasingly major issue. With roughly 38.5 million plastic bottles being used every day, the environmental and economic impacts are causing troubles nationwide. Britvic has recognized this concern and is taking steps to increase its plastic recycling rates and reduce its carbon footprint overall. With this said, an opportunity is presented for Britvic to design a service that is simple and convenient to consumers and improves recycling rates of plastic bottles. With this opportunity comes the hope of both benefiting the environment and setting a standard for other organizations to change their ways and outlook on plastic bottle recycling overall.

Our team chose design research methods we determined would be the best fit for the project based on the information available from the client brief and the project objectives. These ranged from surveys, interviews, and focus groups each used to gain a qualitative and quantitative understanding of recycling behaviors and attitudes. We found that to meet our goals and overcome the challenges we needed to incentivize recycling and establish a standardized location for our recycling destinations. 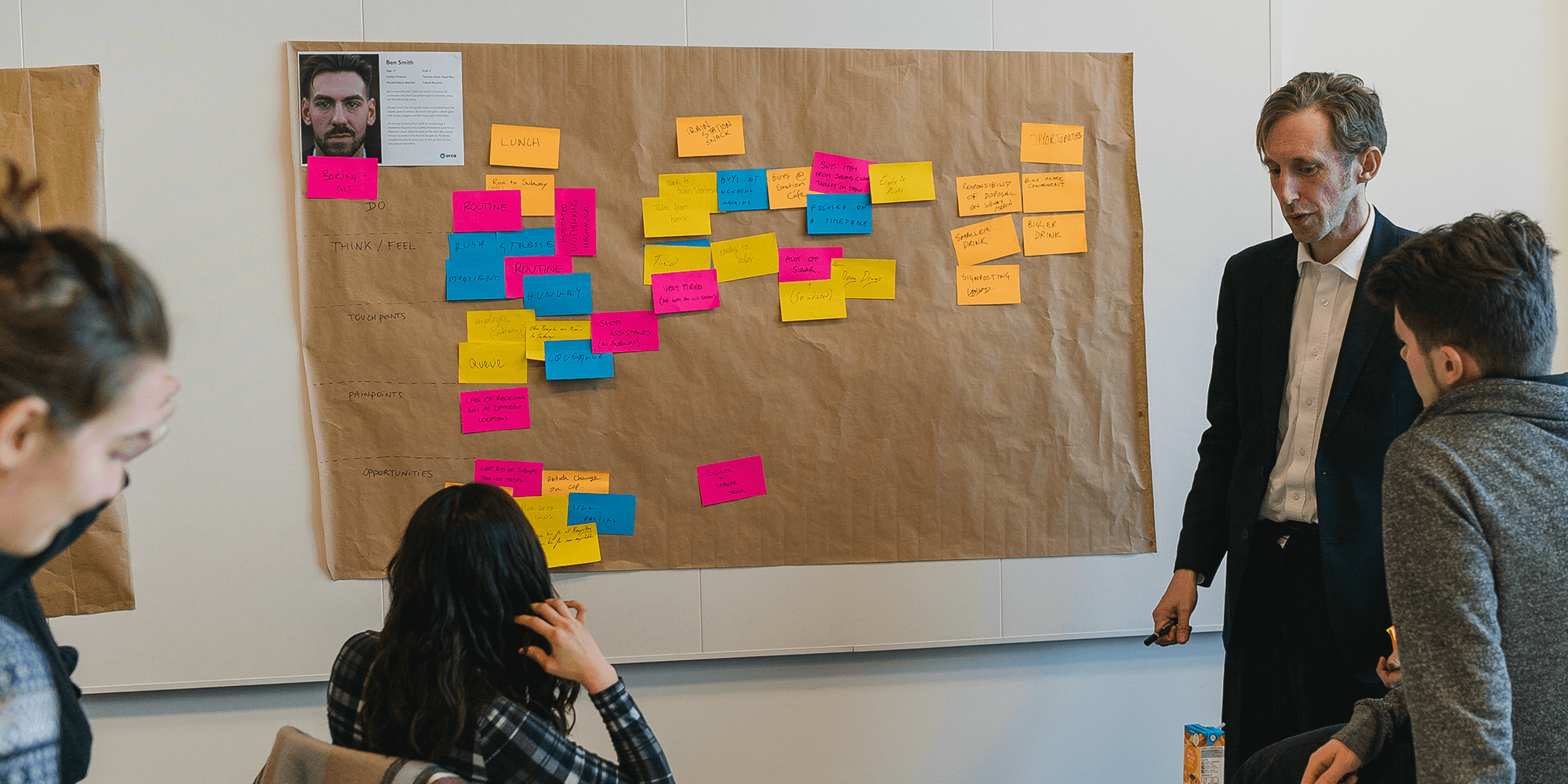 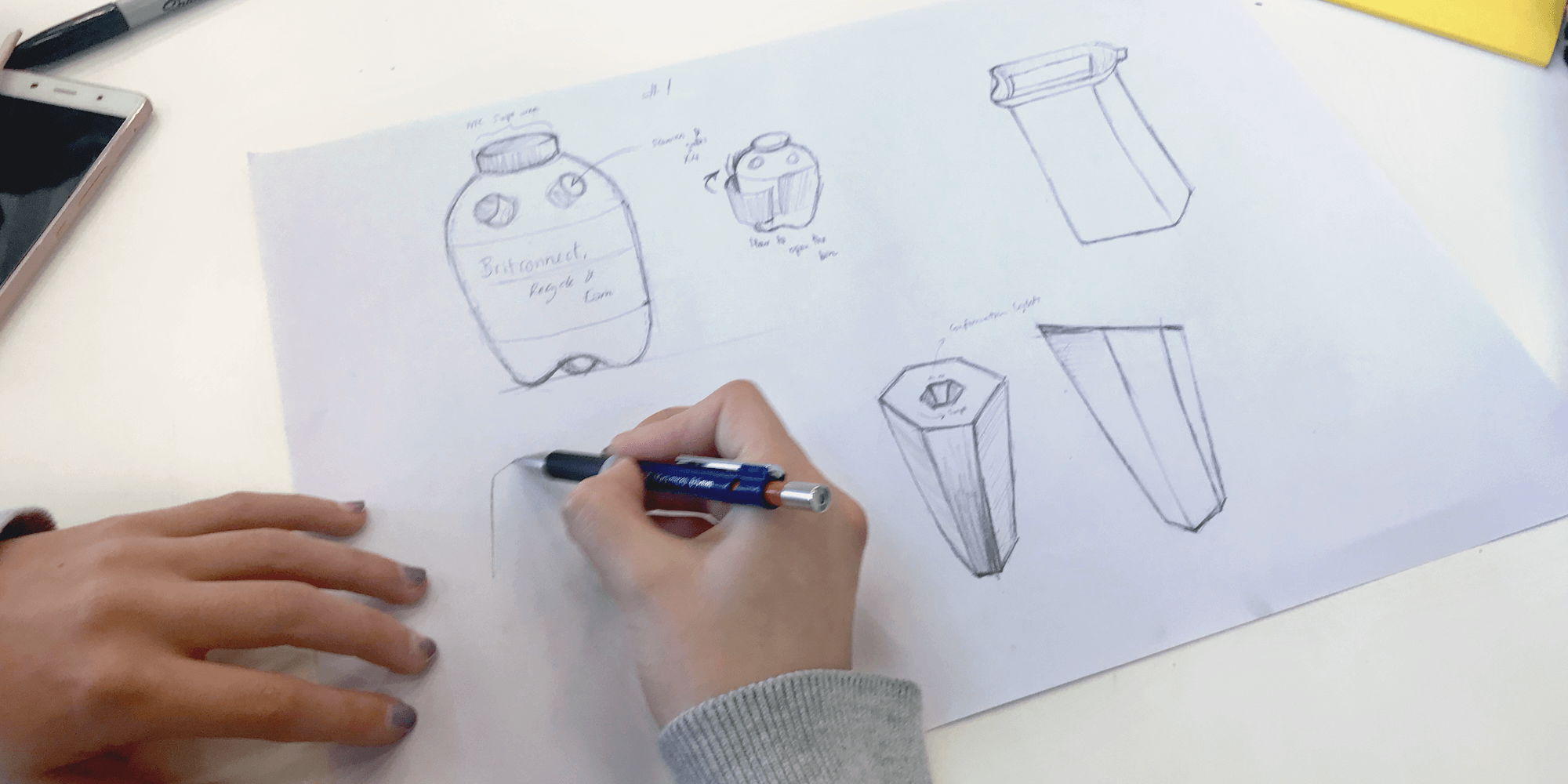 Our greatest challenge stemmed from the pain point that our participants almost unanimously expressed, which was inconvenience. Specifically they were referring to the fact that more often than not, people have to make an extra effort to recycle by going out of their way, which for people on-the-go is not a luxury that can often be afforded. Furthermore, even if we made it easier for people to recycle, we found that they could be forgetful or require some kind of incentive for it to be worth their effort. 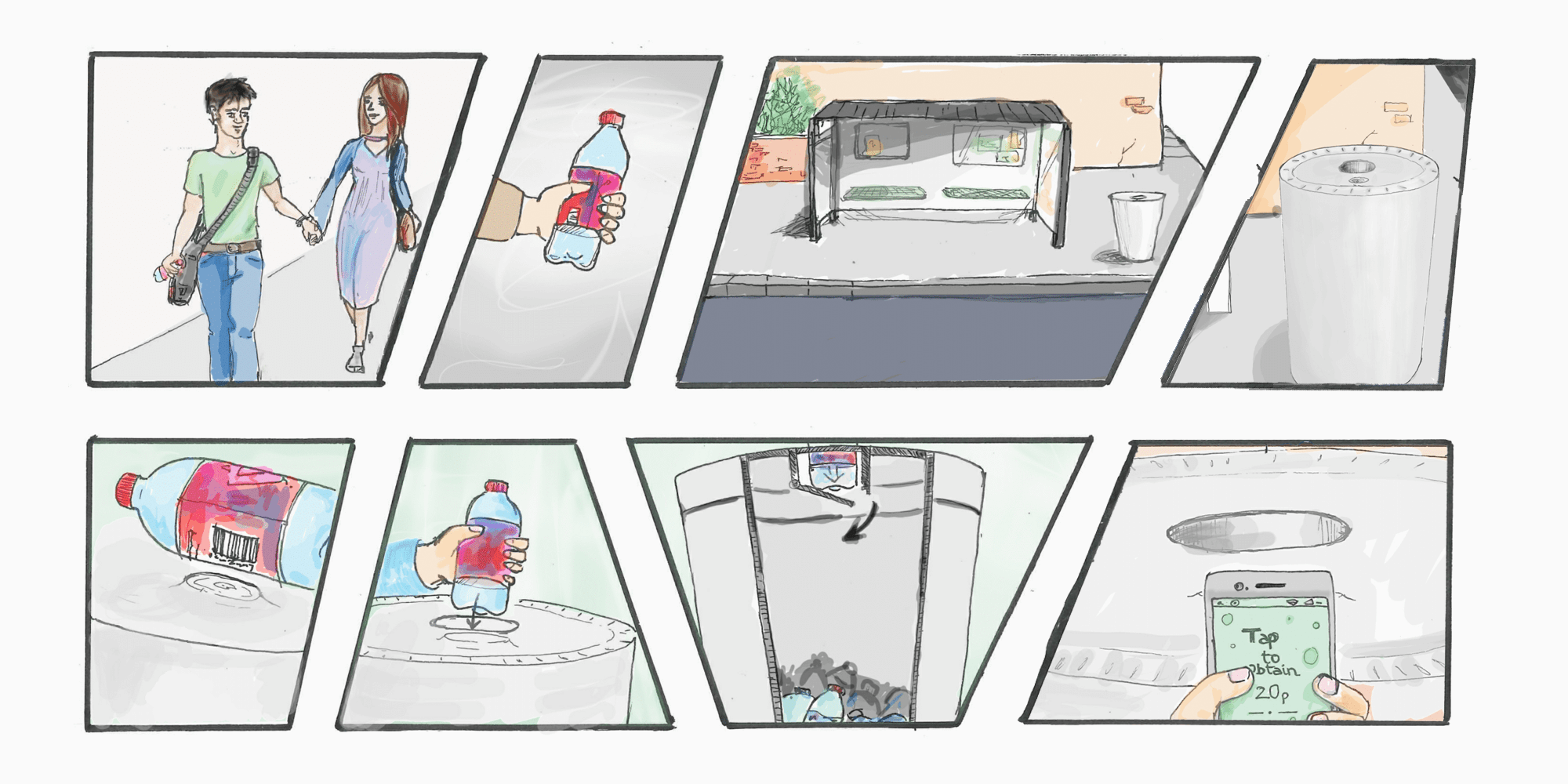 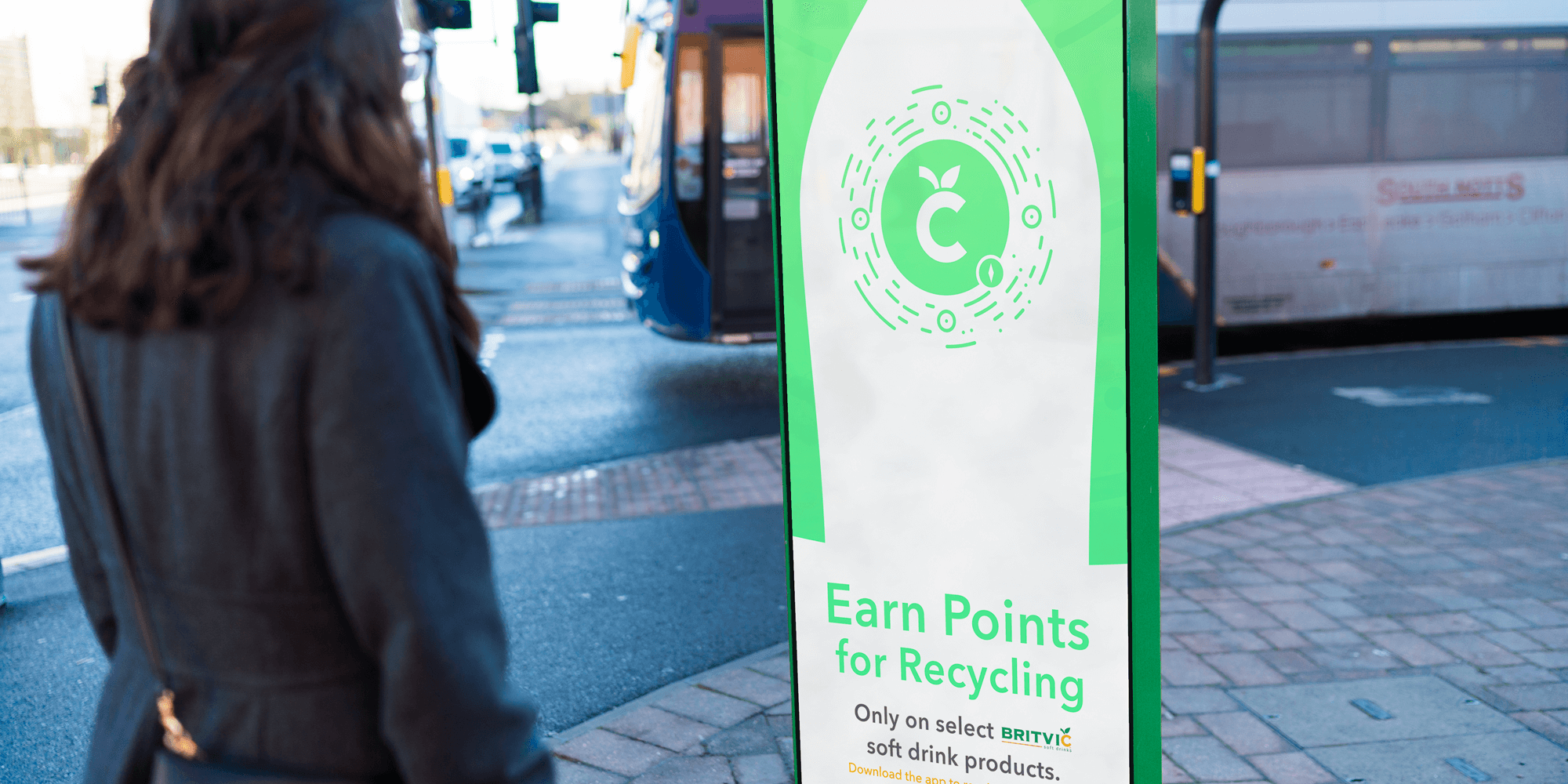 The final solution is a reward-scheme based service design solution that streamlines plastic bottle recycling for people on-the-go with an infrastructure consisting of recycling destinations, smart recycling bins with a custom QR code, and a mobile app interface to manage it all. 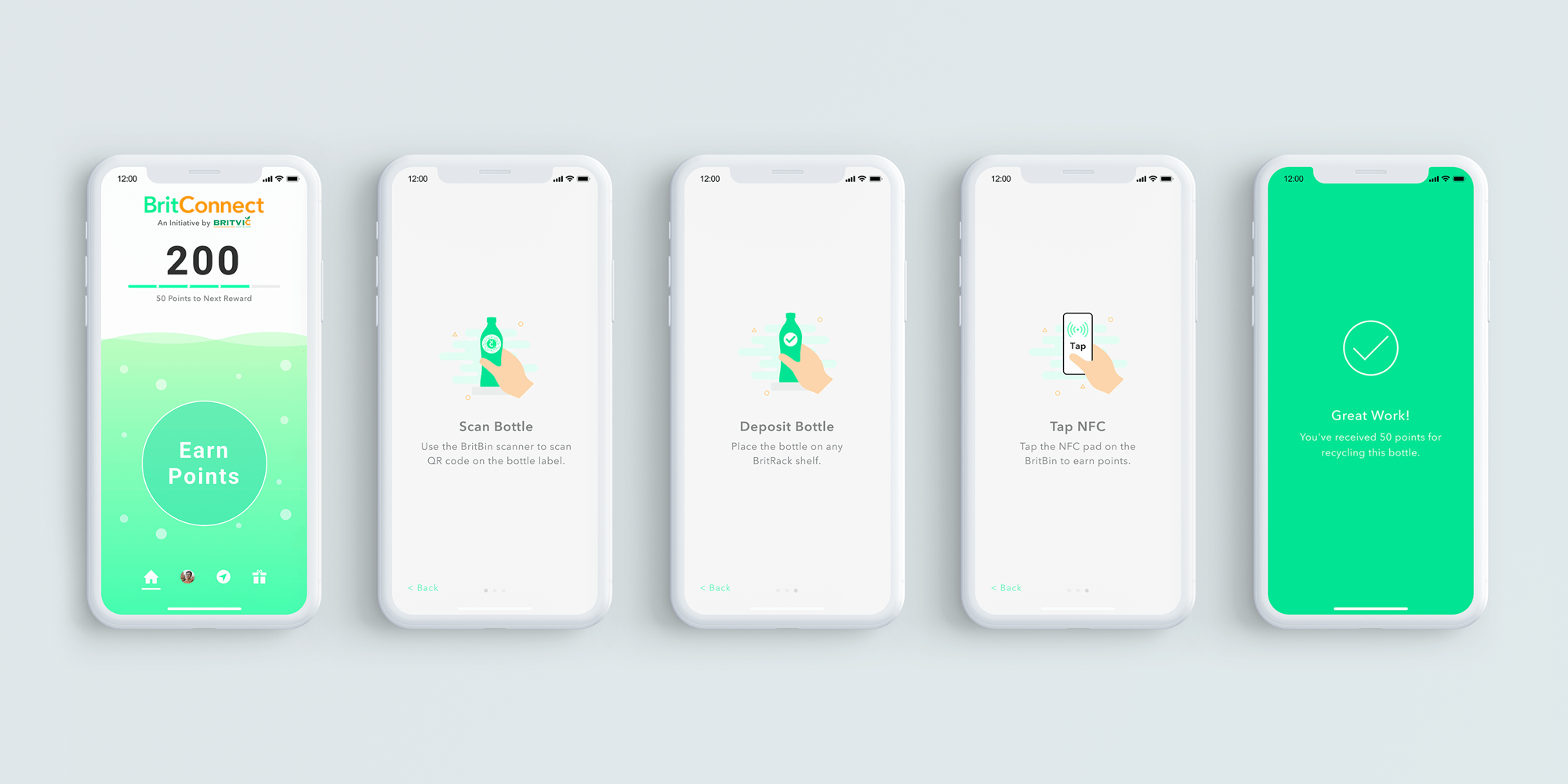 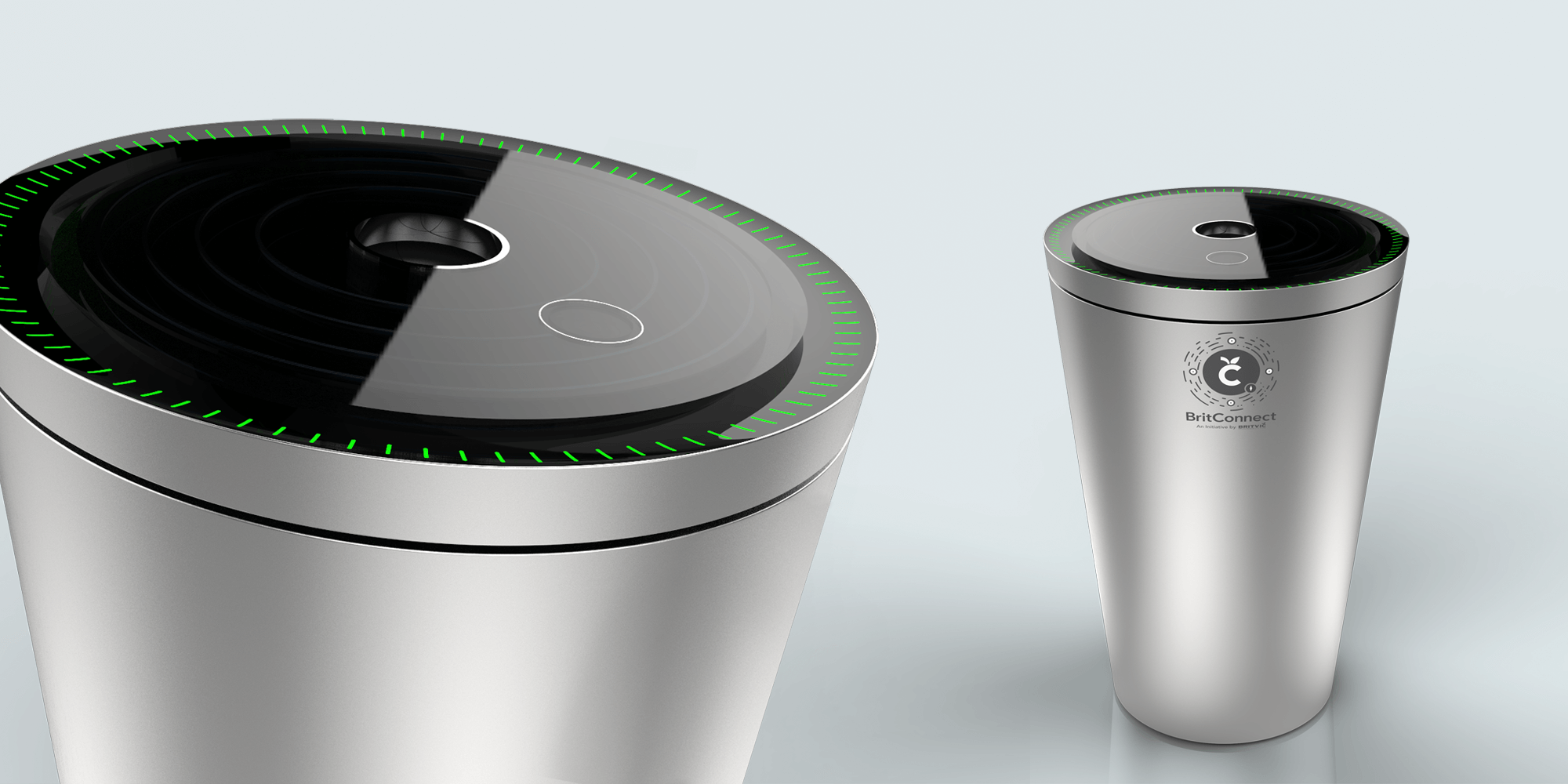